Ready to retire? Join PEF Retirees; It’s looking out for you

We’ve just turned the page on summer, celebrated Labor Day and now we’re heading into fall.  The Delta variant is extending the never ending Covid-19 pandemic, causing many workers to be afraid of going back to work. In this current economic climate workers who can retire are choosing to do so.  Many state workers are in this group and are choosing to retire when they are eligible to receive their pensions.

The PEF Retirees active membership is growing as we continue to advocate for a secure retirement for all workers.  The PEF Retirees Office works diligently on behalf of PEF Retiree members.   The officers and Retiree Executive Board members strive to protect the benefits of PEF Retirees that were earned during their careers in state service.  We continue to keep our members informed on the issues and political climate that will have an impact on members’ earned benefits.

Membership in PEF Retirees is not automatic; you need to apply and pay dues. Membership in the PEF Retirees is free for the first year for eligible state employees who retired after April 2006.  Thereafter, the membership dues are paid monthly if a member elects to have the dues automatically deducted from their NYS pension. 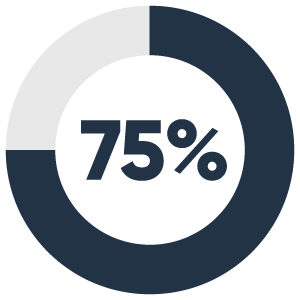 That’s how 75 percent of PEF Retiree members elect to pay their membership dues.

As Americans work longer into their lives due to the extremely high cost of retirement, workers may begin to face age discrimination. While some economists posit that COVID is responsible for many Americans retiring against their wishes and earlier than they had expected, this current situation only represents a continuation of an existing pre-pandemic trend.

A new study that reviewed data from 2010-2018 shows the trend toward age discrimination in the workplace is far worse than previously thought. Fifty-five percent of older workers (workers age 55+) in the bottom half of the income distribution were forced to leave the workforce before they had hoped to retire, with that number only marginally better for middle class workers aged 55+ (32%).

“This study tells us things we already knew–that older workers are being unjustly pushed out of the workforce,” said Joseph Peters Jr., secretary-treasurer of the Alliance for Retired Americans. “We must ensure that older workers are not discriminated against. The U.S. Senate can help by passing H.R. 2062, the Protecting Older Workers Against Discrimination Act of 2021, as soon as possible.”

As an organization that works to keep our members informed, active and engaged, we encourage you to take action on H.R. 2062, the Protecting Older Workers Against Discrimination Act of 2021. Contact your U.S. senators – Chuck Schumer and Kirsten Gillibrand for New York – and tell them all workers deserve respect, fairness and freedom from discrimination.