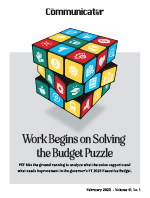 Your union is hard at work sifting through the 162-page budget book the governor unveiled the first day of this month.  The good news? It’s a second consecutive budget with no proposed cuts or closures. And on page 126 it contains a stark admission that PEF has sounded the alarm about for years:  “The state workforce is facing a shortage of more than 12,500 workers, with more than 26 percent of the state workforce eligible to retire within the next five years.” Our task is making sure the enacted budget and the associated laws passed address those chronic shortages while appropriately compensating and respecting PEF’s public employees. Keep an eye on your personal email for letter writing campaigns and other actions you can take to help us push PEF priorities in the months ahead.

February is Black History Month and in this issue we have a feature on Isaac Myers, a remarkable 19th century leader who formed one of the first African American trade unions in the U.S., organizing dock workers in Baltimore. Here at PEF, I kicked off a new initiative in partnership with our international parent union SEIU called “Criminal Justice and Us: Looking at Criminal Justice Reform in N.Y. Through a Racial Justice Lens.” Dozens of members are taking part and some of us will be traveling to Montgomery, Alabama, in early April to visit The Legacy Museum, which provides visitors a comprehensive history of the U.S. with a focus on the legacy of slavery. Closer to home, we know criminal justice reform is on the agenda this legislative session and we will be advocating for common sense solutions that allow PEF members (parole officers, judges, etc.) to both ensure public safety and help formerly incarcerated individuals lead productive lives.

A bit of housekeeping – we have printed in this issue the Delegate Rules for the 45th PEF Convention, to be held Oct. 15-18, 2023, in Syracuse.  Petitions for nominations will be available starting March 13, but I encourage all members interested in serving as a delegate to read over the rules now to familiarize yourself with the election process.  Convention is this union’s highest-ranking deliberative body, and the work accomplished there affects the entire membership.

Lastly, a tip of the PEF hat to Tanye Halse, who recently retired as a research scientist at the Department of Health’s Wadsworth Center after a 32-year career. Halse was the recipient of a prestigious award in her profession for her lab work focusing on tuberculosis. I am constantly impressed by the dedication of PEF members, and it makes me so proud to lead a union of such professionals.

Stay warm, stay healthy, and thank you for being part of this union. 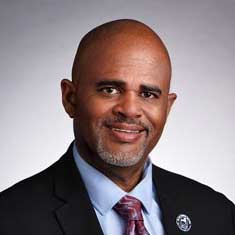 As a member of PEF, you will have a voice on the job and in the community. PEF, the union for PS&T Unit employees, advocates for the work you do because your work protects and improves the quality of life for all New Yorkers.